Rooney Rule:  Three ways to stand out are to be kind, ethical and empathetic in a world that often isn’t.

I want you to humor me and imagine you are going on an adventure.  Like Indiana Jones, picture yourself visiting the ruins of ancient civilizations and tombs of past kings. Then, like James Bond, imagine yourself skiing alongside beautiful beaches and then down snow covered mountains. On this adventure, you will also try exotic food and drinks and meet interesting people fluent in multiple languages and ways of the world.  While you were picturing this epic journey, where did you imagine?

Did you think of Egypt?  Was it Italy, Greece or Nepal?  Well, this week I went on the adventure described and it was none of those places (although each one of them had a powerful influence over my experience.)

This week I visited the third largest and easternmost island in the Mediterranean Sea, Cyprus.

What do you think of when you hear Cyprus?  If you are like me, you probably thought it was either part of or near Greece.  Although it is in the vicinity of greatly influenced by Greece, the island is actually much closer to Turkey, Egypt, Syria, Lebanon and Israel.

When I looked it up on a map, I realized Cyprus has a unique location.  But until I got there and learned more about the history of the ancient country,  I understood that its position made the island a very desirable island throughout history.  In fact, it has been known as “the country that everyone wanted.” 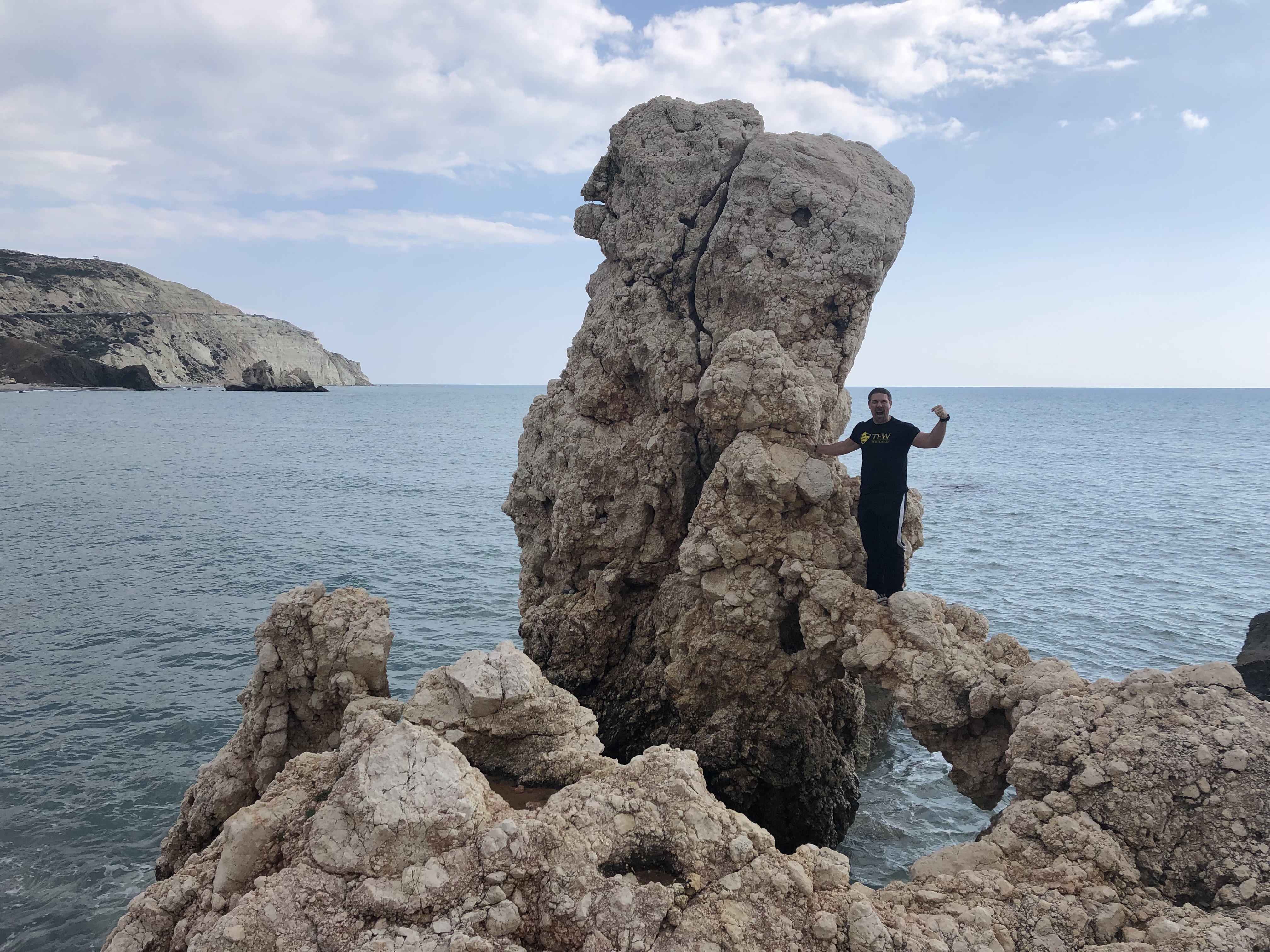 Because of its position in the Mediterranean, Cyprus was a gateway to Europe, Africa, and the Middle East.  Because of this strategic position, Cyprus has been occupied over the centuries by the Phoenicians, Assyrians, Egyptians, Persians, Greeks, Romans, and even Alexander the Great in 333 BC.

I have to be honest, I went in on this trip pretty blind.  I did not know much about the country or the people.  I could have done more research, but because I had a few extra days to experience the culture and country, I wanted to learn on the fly.  As I toured the ruins, beaches and mountains of Cyprus, I was lucky to come away with some surprising and valuable lessons.

A person’s value has to do with his or her position.

The island of Cyprus was so desirable to the empires throughout history because of its position.  You will be desirable to the world for the same reason.  But I am not talking about the position where you are situated.  I mean the position you have aspired to because of your beliefs and actions.  On this trip, I examined the concept of position in life.  In particular, on this adventure I realized the Cypriots taught me how to examine and improve my position.  As I compiled the following list of 5 Ways To Improve Your Strategic Position In Life, I realized that unlike the island, your position has nothing to do with luck of where you were born or the movement of continents on tectonic plates.  Your position as you will see as you apply the action items below is a function of consistent understanding and effort.  As I compiled the list, I was constantly reminded how many ways Greek civilization impacts and influences us today.  One easy way to see this in action is in the words that have been handed down for millennia.  For instance, the list below is a strategy to improve your position in life. Strategy is a Greek word from strategic meaning the “General’s art.”  Want to be a General in charge of improving your life?  Then apply the list below:

1.  Know Yourself (Ethics – derived from the Greek word Ethos for character)

Cyprus has evidence of habitation from 10,000 B.C.  Although there are a lot of different cultural influences, the Cypriots I met knew who they were and what they stood for.  As a result they had both direction and pride.  Having a sense of history and moral code passed down through the ages gave them strength.  The same can be true for you.

Action Item:  Ask yourself what values you stand for.  Make a list of these values to operate as your moral code.  Examine your history and define who you are.  Evaluate where you are right now and the job you are doing.  If it is not meeting the standards you want, time to be more. With clarity on these items, people know what they will get when they deal with you.

2.  Speak Other Languages (Empathy – derived from the Greek word Empatheia for passion for others)

Although Greek and Turkish are the national languages, the signs and people of Cyprus also communicated in English (Cyprus was colonized by Great Britain in 1878 and they didn’t get independence until 1960.)  Because of this, it was easier for me to connect with people and navigate the country.  You may not have to speak different languages, but you have to meet people where they are.  In order to improve your position, you need to understand people’s point of view.  You need to learn to speak their language too.

Action Item:  This week when you are with people, make a conscious effort to listen more than you talk.  In each conversation, make an attempt to understand and consider a person’s position on topics before you assert your own.

3. Work Together (Synergy – derived from the Greek root word syn for work together)

I was in Cyprus to present 5 different times (perfect number for me right?)  I could have tried to do everything myself, but the Cypriots showed me relationships make everything easier and stronger.  Some attendees helped to translate some of the more difficult words     make my talk better and audio visual staff helped to make sure each presentation and workout went off without a hitch.  Because of this culture of teamwork, I found myself helping out others when and where they needed it too.

Action Item:  No one is as smart or as strong as all of us. This week, involve some other people in your work and dreams.  Make a list of people to add to your team and where you can better delegate certain jobs you either dislike or need help.  By giving up some control now, you may find more control over your destiny later.

4.  Be Kind (Hospitality- is the ancient Greek idea of Xenia meaning show generosity and courtesy to those far from home.)

With over 1 million people on the island, I have to say the Cypriots were great.  I didn’t meet a bad egg in the bunch.  More than anything, I found them so concerned with making sure I was taken care of having an amazing experience.  Part of the culture is to buy food and drinks for guests.  My hosts lived up to this in a big way.

Action Item:  Make sure people have a good time when they are around you.  Have good conversations.  Ask questions.  Make each event special.  And do your best to pick up the bill.

5.  Be On Time (Punctuality – as you will read below, there is a reason I couldn’t find this word derived from Greek origin.)

The last lesson was actually learned through a version of Cypriot “reverse psychology” that happened when I gave my first keynote speech of the event.  With over 200 people expected, I was there early.  At my start time of 9:30am, I had only 3 people in attendance.  I was horrified, but neither the hosts or directors of the event seemed worried.  When I asked if they didn’t want to see me, they just said, “Give it 15 minutes and everyone will be here.”  And sure enough, in keeping with a culture that isn’t too concerned with being on time, they were.  Although I made it a joke, the entire event was pushed back and again showed me the importance of being on time.

Action Item:  One of the best ways to show respect and discipline is to always be on time.  This week, make a point to be sure you are where and when you said you would be (I suggest being a little early!).  When you are always on time, people will learn you are organized and a person of your word.

My trip last week to Cyprus was a success on many levels.  Because of the presentations, networking and experiencing of the history and culture, I improved my position both personally and professionally.  This improvement had nothing to do with luck or being in the “right place at the right time.”  I was in the right place because of spending years working on the list above.  I promise if you take the time for the action items this week, you will be better positioned for your next big opportunity too.

Stin Yeia Mas! (To our health in Greek.)

P.S. – I hope this email has helped you. Whenever you’re ready, here are 3 more ways I can help:

Grow Your Business and Your Personal Brand with Presenting Greatness

If you want to expand your impact, build your business and increase your income, there is no more proven, competition-free way than through presenting. I’ve presented hundreds of times, including doing keynotes for Fortune 500 companies, and in Presenting Greatness I share everything I’ve learned about successful presenting.

Want to become part of the TFW network and leverage the brand, systems and TFW team? We currently have over 250 licensed locations in over 20 countries and are looking to expand with coaches who are committed to operating the best facility in their market. If you’d like to set up a call, reply and put ‘License’ in the subject line.

Get More Inspiration from my “Into The Roar” Podcast

Listen to these emails come to life on the Into The Roar show.  With over 110 episodes and 80 hours of content, you will get the information and inspiration you need to grow yourself and others.  Check out the show wherever podcasts are found. 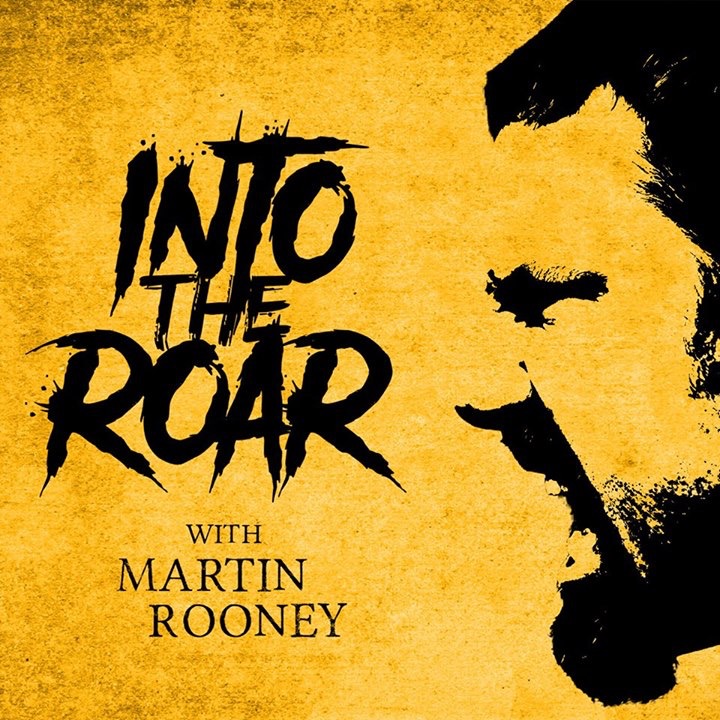