My Greatest Mentor And Hero

Having done hundreds of interviews over the years, I have been asked thousands of different questions about my philosophies on fitness, training, motivation and life. Although many of the interview questions were unique, there was always one question that was repeated over and over:

“Who is the mentor that has made the biggest impact on your life and career?”

When I was younger, I am sure my answer to this question wasn’t exactly accurate. As an “up and comer” in the fitness industry, I guess I thought my job was to deliver an answer that made me sound both educated and cool. So, when I named either star fighters or athletes and famous heroes or thought leaders from history, it wasn’t because I didn’t want to be truthful. Each one of those people has had a definite impact on my life and career. I guess I just didn’t really understand the full scope of what a “mentor” really is or recognized at the time the person that had really influenced me the most.

Mark Twain is one of my favorite writers and thinkers. I cannot say he is the person that has influenced me the most (although his clever wit has surely inspired the concept behind my Rooney Rules), but here are a couple of his quotes to illustrate the similar process he and I went through to discover our greatest mentor:

“When I was a boy of fourteen, my father was so ignorant I could hardly stand to have the old man around. But when I got to be twenty-one, I was astonished at how much he had learned in seven years.”

“When I was ten, I thought my parents knew everything. When I became twenty, I was convinced they knew nothing. Then, at thirty, I realized I was right when I was ten.”

When I was in my twenties, maybe naming my dad as my greatest mentor wasn’t the “cool” thing too do. Now, in my forties and a parent myself, I think a lot less about being cool and more about being correct. He is so far out in first place, it really isn’t worth thinking about second. My dad is a former athlete, Army vet, speaker, successful business owner and above all else, a high core value guy about whom everyone always has a good thing to say. Not a bad man to be named after, huh? When I was always asked how I have done all the things I have done, instead of thinking about cool anecdotes, I should have just used the idiom, “the apple doesn’t fall far from the tree.”

When I started the Into The Roar podcast, my idea was to interview industry leaders in order to deliver “success secrets” in a fun and digestible format in order to make you better. As I went through my Rolodex of world-class Olympians, fighters, coaches, authors, speakers and agents, I knew I would not leave my greatest mentor off the list.

On today’s episode, I am interviewed by my father, Martin Rooney, Sr. If you want to hear some funny (and embarrassing) stories from my youth and my dad’s thoughts on how his son has built his career, listen here:

INTO THE ROAR on iTunes

INTO THE ROAR on Stitcher

And here are a couple of last pieces of advice. The next time you are asked about your greatest mentor, first listen to Twain again: “When in doubt, tell the truth.” And if nothing else, if your “old man” has had a powerful effect on your life, give him a call today and tell him thanks. 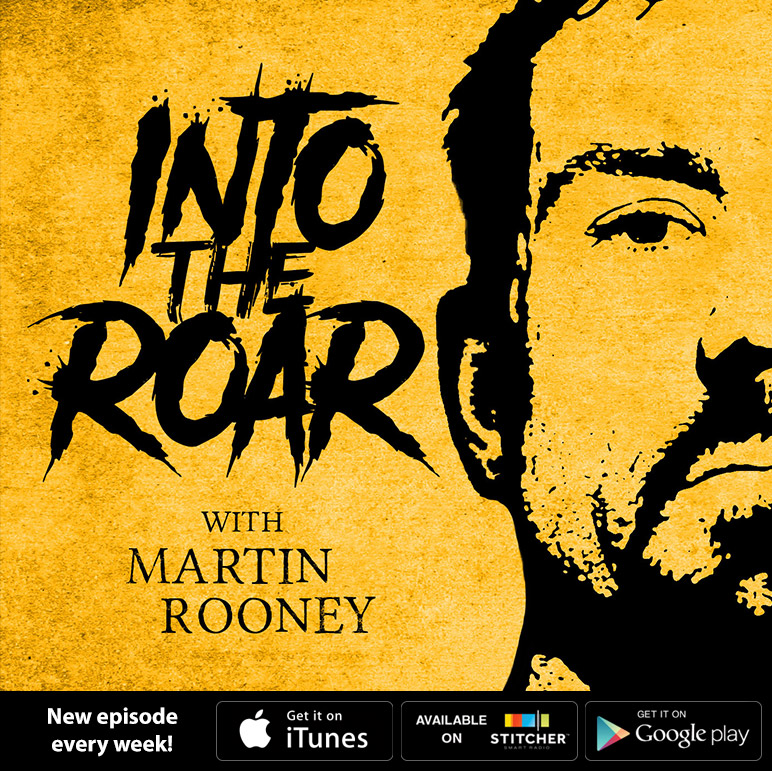